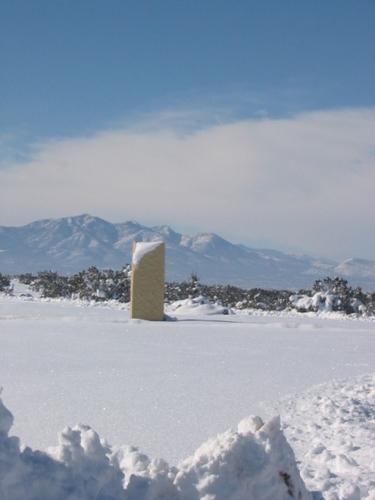 This is a deceptively simple sculpture. The central idea was to create a symbol of entry for a new development of five, large lots just West of Galisteo, NM, in a basin which overlooks the dramatic Ortiz mountains. The design involved not only the sculpture, but also the entry to the development which included roadway design, fence re-configuration, porphyry (cobblestone) road construction and rock-wall and flagstone landscaping. My client was Commonweal Conservancy, a land-preservation directed development company which evolved from the Trust for Public Land (see: www.commonwealconservancy.org).
At the top of the sculpture I carved an arc within an arc which symbolizes the small basin of the new neighborhood within the larger Galisteo Basin. At the point of turning off the main road into the new development, the "basins" at the top of the sculpture align with the center of three saddles or basins at the crest of the Ortiz mountains in the background. The sculpture also acts as a sundial and season marker. The shadow cast from the north-facing edge will align with stone markers in the ground to tell the hours of the day and also the major season points of the equinoxes and solstices. Oriented east and west, the broad, sloped light-colored flanks below the "basins" reflect, much like a movie screen, the incredible sky colors of sunrise and sunset.
The material for the sculpture is limestone from the Hillsboro quarry in Southwest Kansas. This stone was chosen for budget reasons and also because it's a very close match to the local sandstone which emerges below the volcanic ridges that frame the village of Galisteo. New Mexico Travertine, in Belen, NM, supplied the stone.
An approximately three-hundred foot wide, low, concave and curvilinear rock wall frames the entry to the site. At its outer edges, the wall connects to the existing ranch barbwire fencing by rough stone posts, which I drilled at their corners to receive the wire. Grade-level flagstone fills the concave sweeps of the wall. There is a porphyry stone "threshold" across the roadway as it passes through the rock wall. This granite cobblestone sparkles in the sun and in vehicles' headlights and also creates a rumbling sound when driven over, all of which signifies entry into the neighborhood. The sculpture stands to the left of the curving roadway from the entrance.
Design work for the sculpture and entry began in 2004. The sculpture was installed, thanks to the help of Lameroux Crane Service, on the site in the fall of 2005. The site and landscaping work was completed in the spring of 2006. The success of this project led to a number of other commissions with the same client. 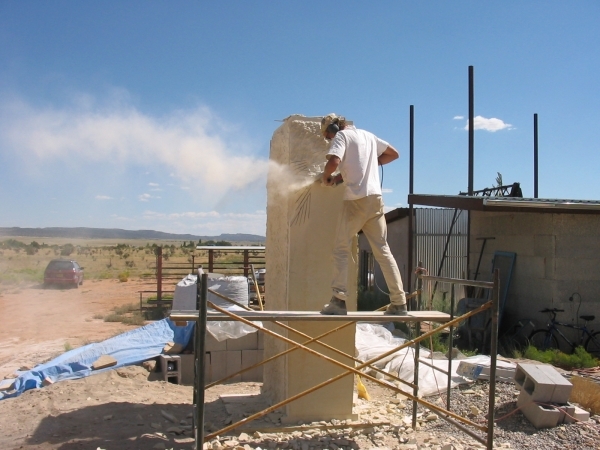 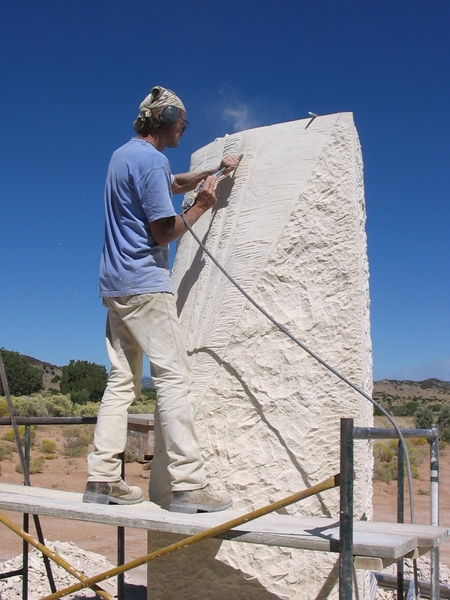 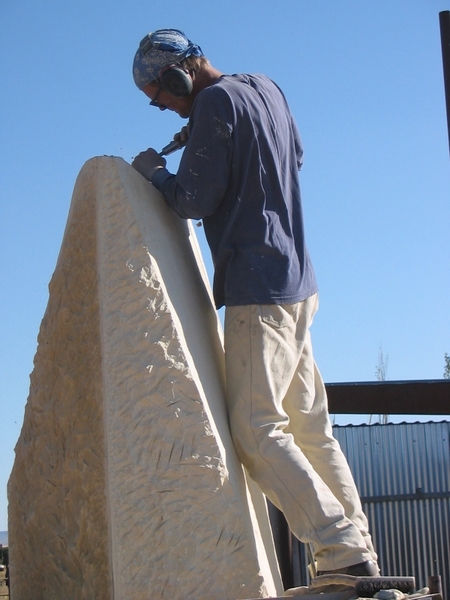 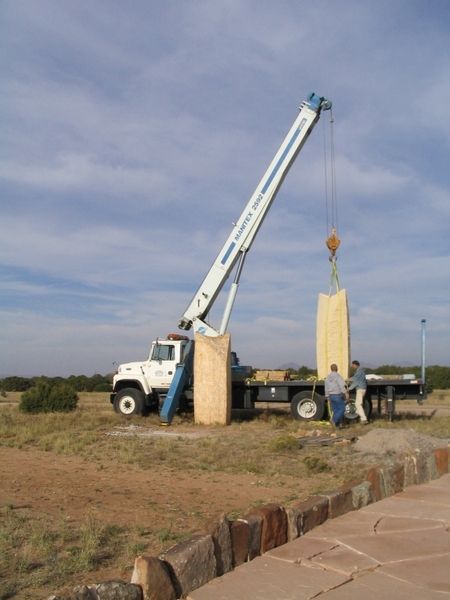 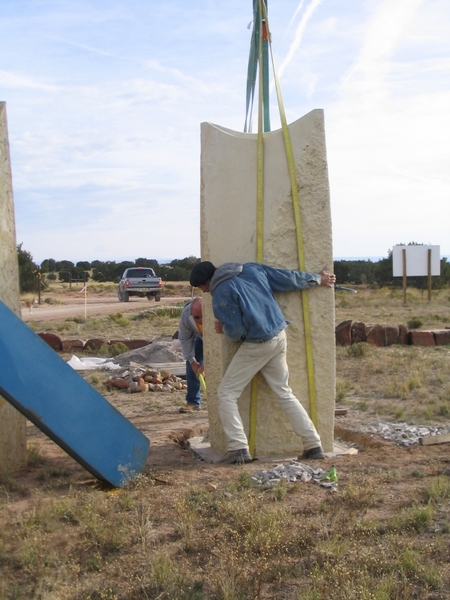