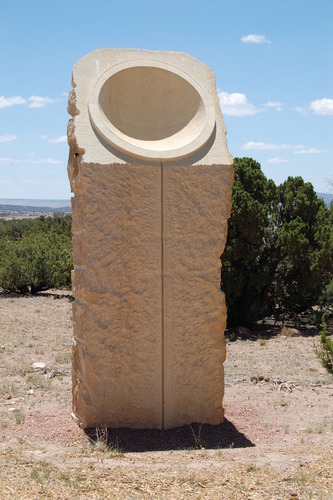 This sculpture is also an orientation monument. It was installed in September, 2007 with the intention of marking the entrance to another new neighborhood within the Galisteo Basin Preserve, called the Southern Crescent. The site for the sculpture is at the top of the generally circular road that rings the neighborhood where it intersects with another road that leads to this part of the Preserve.
The site provides a very dramatic discovery when first approached. From this point you look across the southern expanse of the Galisteo basin to the foot of the Ortiz Mountains which rise to classically rugged peaks set against the deep blue New Mexico sky. Right here, you truly understand the meaning of the Galisteo “basin” as the land below you looks so much like a nestled bowl or even a cupped hand. There is a powerful upward motion of the mountains in the Southern background and a broad expanse from left to right (East to West) as you scan the huge Eastern mesas, Cerro Pelon, the shadowy Manzano mountains so far away, Sun Mountain, the Ortiz range and then, in the distance and to the South-West, the enormous Sandia Mountains. There is a great sense of distance: the views to the Sandias and Manzanos are 75 to 100 miles away, respectively. Here there is a strong conjunction of vertical and horizontal form and there is also a sense of containment from the hills and ridges behind the site to the North.
When approaching the site from the road, a viewer’s movement causes the sculpture to appear to move from right to left, in front to the Manzanos, Sun Mountain and Cerro Pelon. At the same time, it appears to rise from below the mountain peaks to break the horizon as it moves across Cerro Pelon. So a viewer’s physical motion while approaching the sculpture allows the monument to emphasize the horizontal and vertical expanse of mountains and sky.
The plan of the Southern Crescent neighborhood is more or less circular, as is the Galisteo Basin, which contains it. The horizon and sky create a strong circular or almost amphitheater form. The more I studied this site, the more the sense of circular containment and motion became obvious to me. So it felt appropriate to speak to this as well.
This sculpture is a sun-bowl. The angle of the bowl’s rim, which is carved into the top of the eight-ton limestone block, corresponds to the average angle of the sun at its meridian, or solar noontime, at both the Spring and Fall Equinoxes. This is about 55-degrees above the Southern horizon. Starting on March 21st, the Spring Equinox, the first sliver of sunlight will appear on the bottom, inside edge of the bowl. From that day until the Summer Solstice, June 21st, the bowl will fill a little more with sunlight each day until the sun reaches its greatest height in the sky on the Solstice. From that day until the Fall Equinox, the sunlight will empty from the bowl a little more each day. The sun will make its last appearance, once again at the bottom inside edge of the bowl, on the Fall Equinox, September 21st. From that day until the next Spring Equinox, the bowl will be in shadow as winter takes hold.
My intention is that people who live near this sculpture will, over time, see this cyclical movement of the sun, light and shadows and become aware of how much this land reflects and is connected with the circular nature of the solar system, the universe and, most importantly, time. 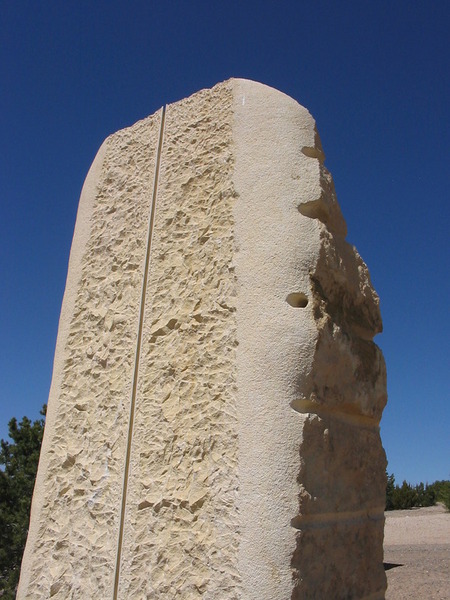 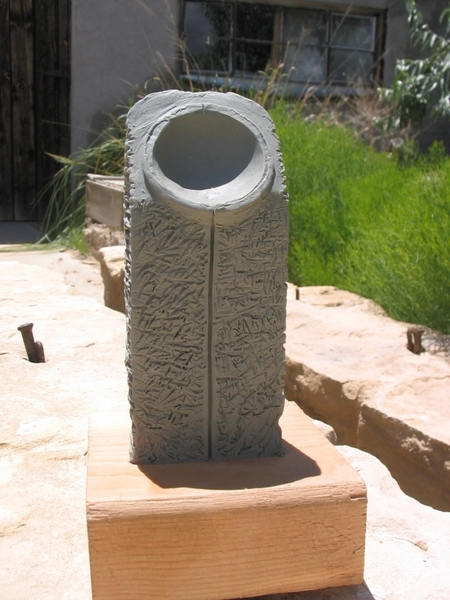 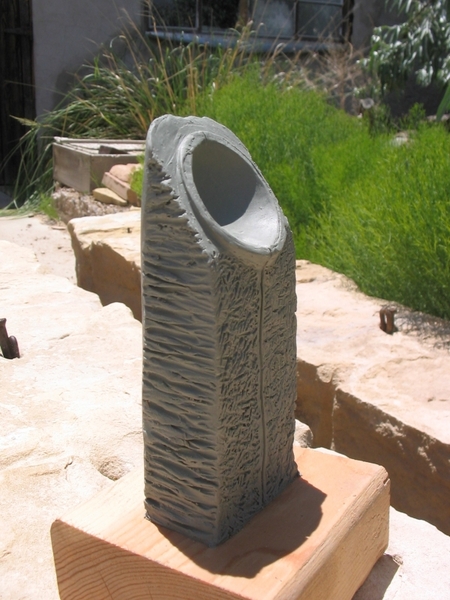 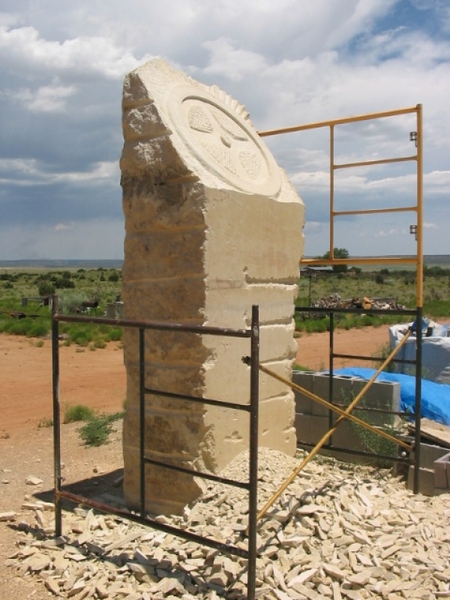 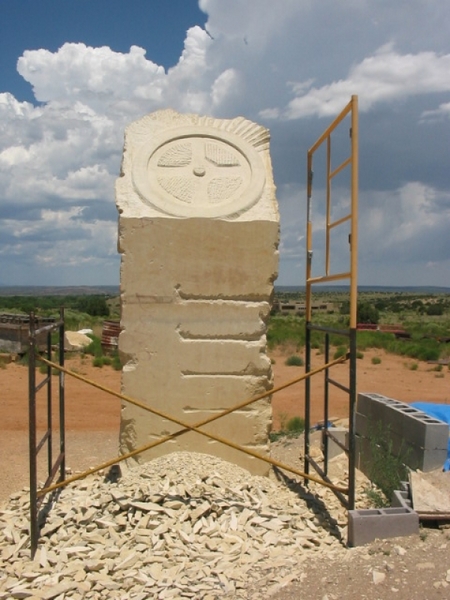 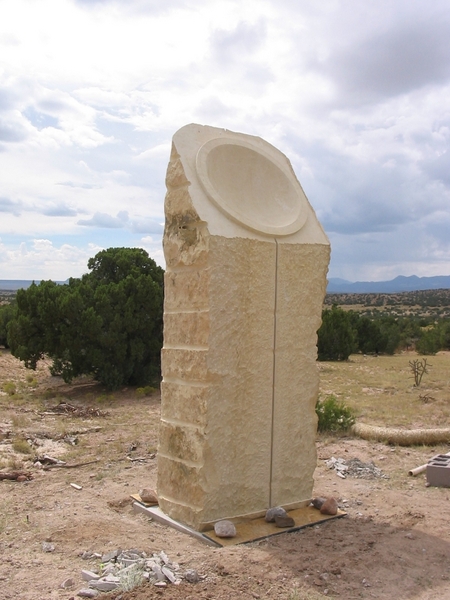